Pros and Cons of Proof of Stake for Ethereum Blockchain Security 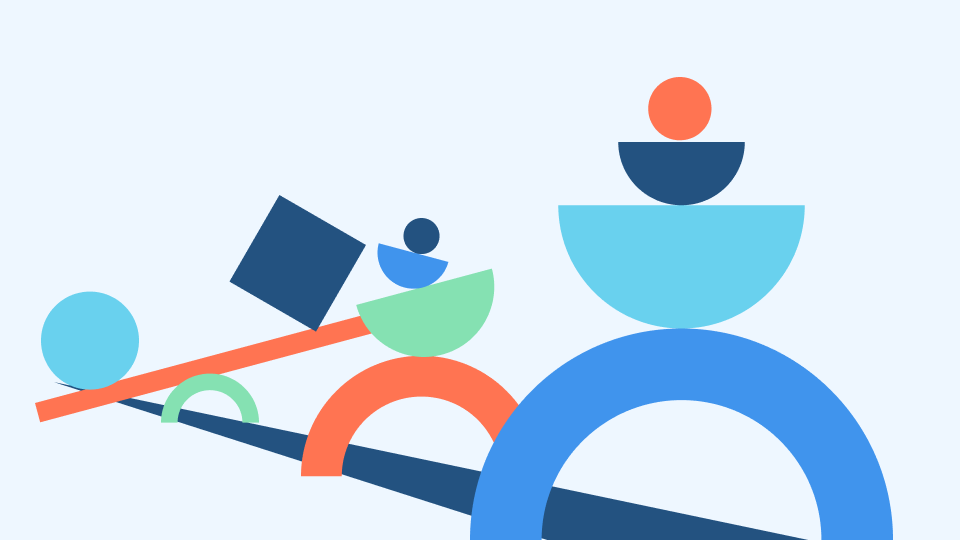 The much-awaited Ethereum merge, a technological shift for the world’s second-largest and most valuable blockchain, finally happened on September 15 at 06:42:42 UTC at block 15537393. The shift facilitated an upgrade that led to a switch from the energy-hungry proof-of-work (PoW) consensus algorithm to the energy-efficient proof-of-stake (PoS) mechanism.

The technical details surrounding the Merge may be complex, but the upshot is that the developers envisioned changing how users would authenticate new transactions. By moving Ethereum from PoW to PoS, the network’s power consumption could be reduced by more than 99.95%.

While some people have already embraced the Merge and its positive aspects, others are still confused about the proof-of-stake mechanism. Our article will dissect the advantages and disadvantages of the transition to the PoS consensus mechanism and what it means to blockchain security.

What is Proof of Stake?

Proof-of-stake refers to a consensus protocol mechanism for blockchains through which they select validators proportional to the amount of cryptocurrency they have staked. This is the consensus mechanism that Ethereum recently switched to and abandoned the proof-of-work mechanism it has employed since its inception in 2014.

Consensus mechanisms take the place occupied by central authorities or gatekeepers that would have otherwise managed the record of transactions. The mechanism helps choose the participants that handle the lucrative task thanks to the crypto rewards offered to ensure that cheats don’t infiltrate the system. Ethereum has joined the likes of Solana and Cardano with the PoS mechanism.

Validators who submit data with fraudulent transactions get punished by “slashing,” where their staked assets are sent to a wallet address that they or anyone else cannot access, making those assets useless forever. By staking their funds, stakers express their faith in the legitimacy of those transactions that they back up with their money and earn rewards proportional to their staked sums.

The outgoing proof-of-work consensus mechanism had earned itself a bad rap in the crypto community and beyond due to the tremendous amount of electricity and computational power required to run. Considering the heightened global concerns about the impact of blockchains that use proof-of-work on the environment, proof-of-stake is a huge relief. Some of the tangible advantages of the PoS system include the following:

The proof-of-stake solves scalability issues that have been a thorn in the flesh in the proof-of-work consensus mechanism. PoS facilitates faster transactions since blocks are approved faster as there’s no need to solve complex mathematical equations. Since no physical machines or mining farms requiring ample energy supplies are needed to generate consensus, there is better scalability.

The proof-of-stake mechanism eliminates the need for complex mathematical equations and transfers the power to validate transactions to users who stake their holdings on the network. The validators have a significant stake in the Ethereum ecosystem and are less likely to play manipulative tricks since it could destroy their stakes. Users who lack tech knowledge or fewer funds can join staking pools operated by cryptocurrency exchanges and earn rewards in return.

Blockchains and users’ needs continue to change, and so are consensus mechanisms. The proof-of-stake system brings versatility that fits into more use cases.

Proof-of-stake will be a financial incentive against the temptation to validate fraudulent transactions. Since the stake will always be higher than the promised financial rewards, a fraudulent validator risks losing more funds than they would gain through fraud. No validator will want to participate in fabrication at the risk of losing the massive amount of crypto assets they have staked.

Proof-of-stake makes it impossible for any user to control the entire network because they would need to own and stake 51% of the whole circulating supply of ETH. Also, a node would require the majority stake to control the Ethereum network and approve any sham transactions, known as the 51% attack in the crypto sphere. Proof-of-stake, therefore, creates a disincentive for attempting fraud and transfers the punishment system into the Ethereum ecosystem.

Proof-of-stake also comes with a few drawbacks that include:

Users interested in becoming validators also have to raise at least 32 ETH, which translates to about USD 50,000, a considerable amount for most people. This, for most users, almost resembles the challenges users had with proof-of-work, where only loaded individuals and organizations had better chances to increase their mining success rate. Also, users staking higher amounts are the ones who get better chances of getting chosen to become validators and earn rewards.

Another potential challenge with the proof-of-stake mechanism is the potential to lead to a lack of decentralization. Since the PoS system relies on delegates chosen to validate transactions, it’s always possible for larger nodes to overpower smaller ones. The large nodes could potentially control the process of selecting delegates and prevent smaller ones from participating, eventually making the PoS less decentralized.

There is fear among the detractors of the PoS system that it is not checked, and it could easily lead to the centralization of power if a small number of influential delegates or validators gain control over the authority to approve and validate transactions. In the unlikely situation that a single entity earns the ability to have complete control over the Ethereum network, this could potentially lead to security issues besides going contrary to decentralization, which is the most significant tenet of blockchain technology.

With all its positive attributes, proof-of-stake is still relatively new compared to the proof-of-work mechanism. No one can tell if any yet-to-be-identified security challenges could arise in the future. Other detractors fear the relatively lower entry cost could lead to low-cost bribe attacks that could decrease the blockchain’s overall security.

The Merge that moved the Ethereum ecosystem from the proof-of-work consensus mechanism to proof-of-stake that started in December 2020 was recently finalized and is expected to reduce the blockchain’s energy consumption from 112 terawatts to just a few megawatts.

Nonetheless, some members of the Ethereum community are still concerned about security issues and the possibility of validators getting to know in advance the blocks they could be validating and potentially manipulating the system. However, since the move from PoW to POS has been such a significant event in the history of the blockchain industry, only time will tell how things will unfold and the impact of the Merge on the emerging Web3 space.