Film3 is the Future of Film in the Web3 Era 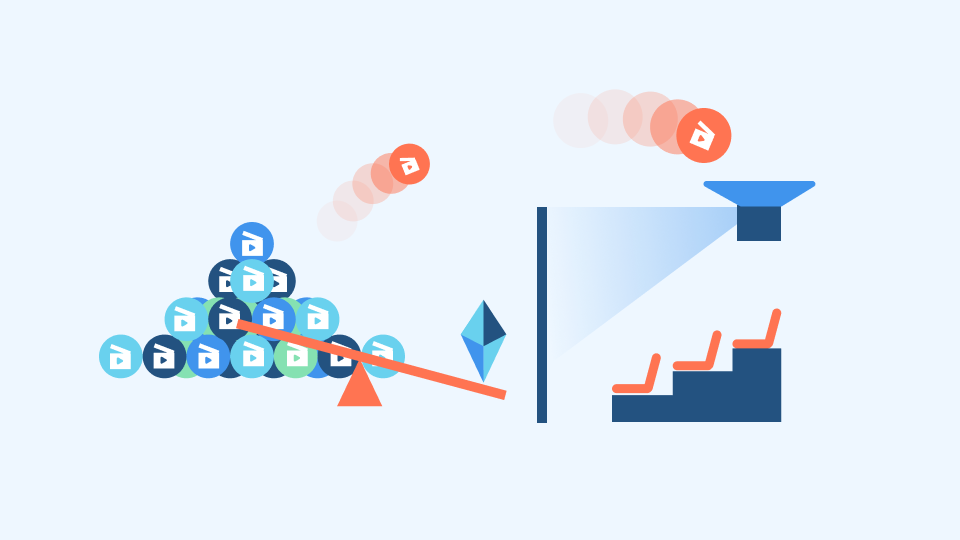 The technology underlying Web3 is not only revolutionizing the film industry but also making it more democratic, accessible, and transparent. Intermediaries in the existing financing model take over 95% of the revenue and leave the creator with 5% or less. However, blockchain introduces a foundation of transparency through the distributed ledger so that every participant knows where every cent goes before a check is written.

A New Era in Filmmaking

Web3 may still be in its formative stages, but it’s laying the foundations of Film3, where all aspects of traditional filmmaking, from ideation to financing, production, distribution, and monetization, are undergoing a metamorphosis. Watch our live stream to learn how FilFrom casting to financing and distribution, the global film industry has been the playground of leading studios and production houses, as the creators and audiences play only a peripheral role. Film3 is introducing new dynamics to filmmaking powered by Web3, fixing long-standing issues within the industry.

In our latest live stream, Gigster’s Director of Blockchain, Cory Hymel, engages Bingeable’s Founder and CEO, Stephen Murray, on how Film3 aims to change the power balance and create new opportunities for creators and audiences.

Here are a few highlights of their conversation.

An Industry Ripe for Disruption

Disruption in the movie industry began with changes as viewers preferred a home-view experience over sitting in darkened, crowded theaters. Innovation over the years introduced streaming services, video rentals, cable, and creator-driven platforms such as YouTube and Twitch, and distributors have had to adapt to remain relevant and profitable.

High ticket prices, creators distributing their own movies, and the availability of alternatives are among a tide of challenges forcing studios to loosen their grip on the top-down model they have operated for over a century. The old model gave third parties the lion’s share of the proceeds as creators remained observers feeding on crumbs.

That streaming services like Netflix can create and distribute movies and win acclaim for films like Roma is the clearest sign that the industry is ripe for disruption. As blockchain intertwines with the world of finance, Film3 is giving rise to a new era in filmmaking.

Murray offers the following insights on how Web3 is creating a significant shift in the film industry.

The Reasoning behind Film3

A few production houses have had the last word on how the global film industry has always created, marketed, and distributed movies. These production firms directed everything from casting to financing and distribution, meaning novel filmmakers and actors could not penetrate. The result was that studios dictated what audiences watched, and many ideas, scripts, actors, and directors never saw the light of day.

The concept behind Film3 is to alter the order of things by removing the intermediaries – production houses – and placing creators and audiences at the helm of the industry. Film3 enables the audiences to vet script ideas or casing choices and, in some cases, crowd-fund for their ideas. This bottom-up approach recognizes and empowers the artist, film writer, musician, and bands, the most critical cogs in the industry, and gives them total creative control to give life to their ideas.

New Opportunities for All Participants

Film3 removes the need for go-betweens who demand hefty upfront investments and gives emerging filmmakers, actors, and creators a fair chance to create their brands and industry connections. The concept reduced the gap between the creator and his audience with a shorter distribution landscape devoid of friction where audiences participate in crucial decision-making.

Everyone involved in the process, from creators, producers, artists, and distributors, gets an equal chance to thrive in ways unknown before directly relating to their input. Film3 also redefines the economics as the audience gets incentivized to become the new promoters via Affiliate Virtual Cinema (AVC) models, where they earn a commission for advertising movies they like through social media.

The Impact of Web3 on Film3

No technological advancements have had a more significant impact on the movie industry than the internet, and now, the blockchain is changing the way films are made and distributed. Web3 facilitates a direct connection between content creators and their audiences, so intermediaries like distributors and exhibitors have to redefine their roles.

Film3 and Web3 are placing the power back in the hands of content creators and users.